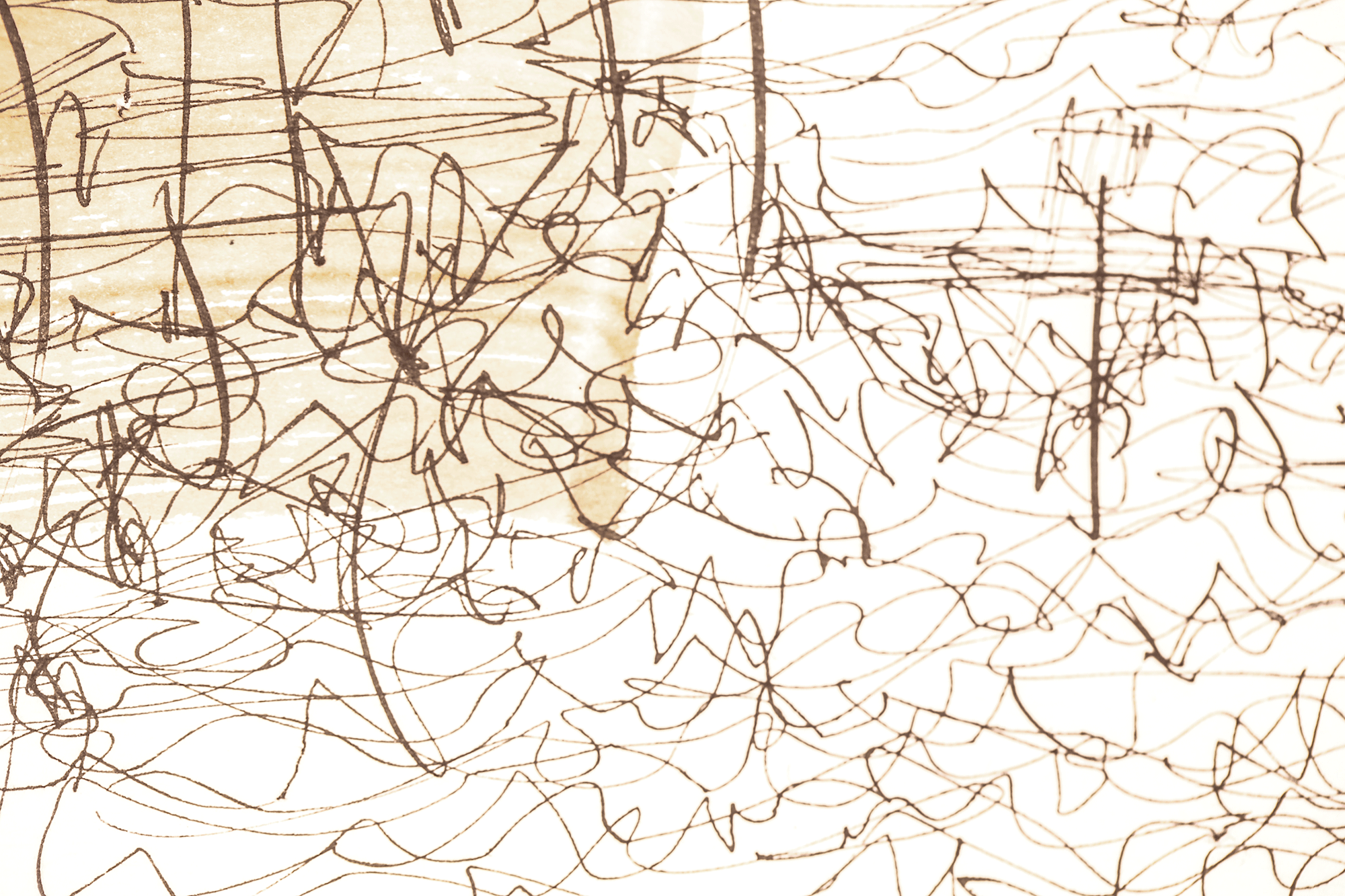 ñácate. Experts in slang compare this expression to others, such as “zas!”, “zácate!” and “tácate!” [1]; curiously enough, they define it as an onomatopoeia. They all agree that it alludes to something that introduces a section, puts an end, a full stop; also something that implies a violent, nonsensical, startling event. In the Diccionario del español del Uruguay [2] it is suggested that the word comes from the Quechua ñaka. According to the Quechua-Spanish/Simi Taque Queswa-Spanish dictionaries, ñaka means curse or blasphemy. While in Quechua ña means “already, already done”, ñak’a means “difficulty, sacrifice, dearth.”

ñácate. Dictionaries of the Spanish language that is haunting us tend to define ñ as the fifteenth letter of the alphabet. Since Antonio de Nebrija, author of Gramática de la lengua castellana [3], the first normative grammar book, published in 1492, it is held that ñ is only used in Spanish. A sort of trademark of our language, a signature; it is related to n, but unlike it has a swung dash on top which apparently had other uses but was nevertheless restricted to that letter as of the14th century. Six centuries later something curious happened: the Spanish Government banned the import of computers without the letter ñ on their keyboard that could not reproduce it on screen or print. The European Economic Community demanded that this annoying letter be removed for the benefit of free market. “The kingdom of Spain was moved: the country’s name, that of its inhabitants, mountains, the popular name of a woman’s sex (coño) [4], [the words] niñez, ñoñez, años, añoranza […] mañas, dueños, sueños [5] were all going to disappear [6]”. Likewise the very slang ñapa, cafaña, ñapado [7] and, above all, ñácate. We all know the end of the story: Spain won its little war, and the letter ñ is here and there as if nothing had happened, just as in the beginning of this elusive and rather ancient word ñácate.

ñácate. These changing times have led ñácate to exist not only on paper, but also, and in response to technical innovations and the new ways to approach the audience, to (re)invent and (re)create itself in the midst of the growing and unstoppable digitalisation of means of communication. Not only will it contain references or footnotes: new “languages” (e.g., image, video or audio files) will likewise be available to its readers. It will also be a way to shorten geographical distances. Our webpage includes several entries–some already known to the regular ñácate reader–which alternate between things already published on paper and current content, much of which is unpublished in other formats.

7. Ñapa: a small amount of something given for free (freebie). Cafaña: a bad man, troublemaker, a man without dignity. Ñapado: something stolen or caught. All these words are used in the River Plate slang. [Translator’s note.]